In recent years, Thane has turned into a promising city. It has been clearly observed how the city has built up all-around connectivity inside. The RTO office to the court, the visa office to other bureaucratic offices, everything is joined in this city of Thane. The accessibility of these authoritative workplaces with short distances guarantees agreeable and tranquil methods of important procedures. The infrastructural plan in Thane is making the city that does not settle on ease. The Metro project, Kopri railroad station, enlarging of Pokhran street 1 and 2, and the Mumbai-Nagpur Expressway are a couple of upcoming projects to be named. Thane is turning into the upcoming major metropolitan city with well planned wide streets, brilliantly lit up nights, quick availability to each significant center.

The city of Thane is now evolving as the next commercial hub in Mumbai with a long list of modern amenities and facilities provided in the upcoming commercial projects in Thane. The city of lakes, Thane has become an emerging name in the development of office spaces. The cosmopolitan crowd is developing this city as the next Megapolis. The dynamicity, lively and vibrant variety in crowd assortment in Thane has set up the brand it conveys today. The development in Thane has been surprising and remarkable. Thane brings an energetic vibe on its own because of the crowd which is now ready to accept the multicultural environment which is making this city nurture in enthusiasm and zest in the surrounding. Thane being a big host to several renowned corporate offices and well known MNC associating themselves with the name of this city, is now transforming Thane to become a part of dignified work culture.

Thane’s real estate market has recently witnessed a wholesome mix of residential projects, corporate offices, malls, hospitals and many educational facilities fulfilling every homebuyers expectation. The city has also has incorporated many amenities that are making life worth living. Thane is now part of the Government’s Smart City mission and is thus preparing for the following dimension of development and advancement into an exceedingly alluring residential destination in the Mumbai Metropolitan Region. Thane growth is driven by global corporates, renowned businesses, and well reputed real estate developers, and the city enjoys the confidence of several multi-national and national companies who are ready to invest in Thane’s growth and development. Thane - An Emerging Megapolis is has evolved as a vibrant city and no longer considered as a distant cousin of Mumbai. 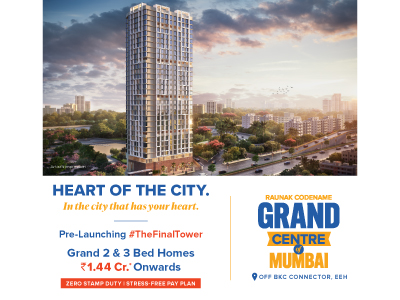